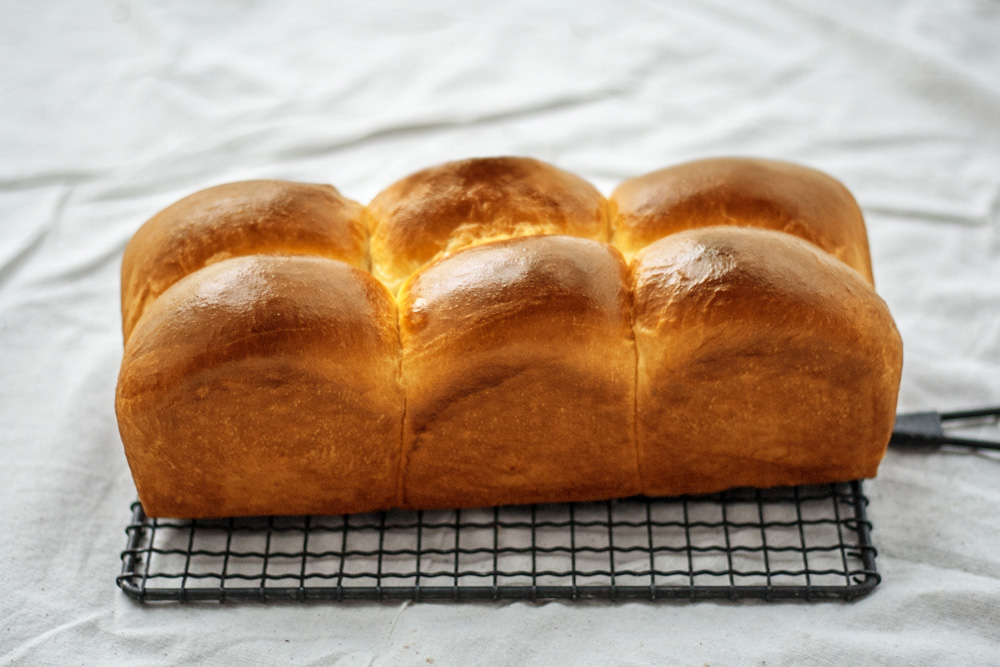 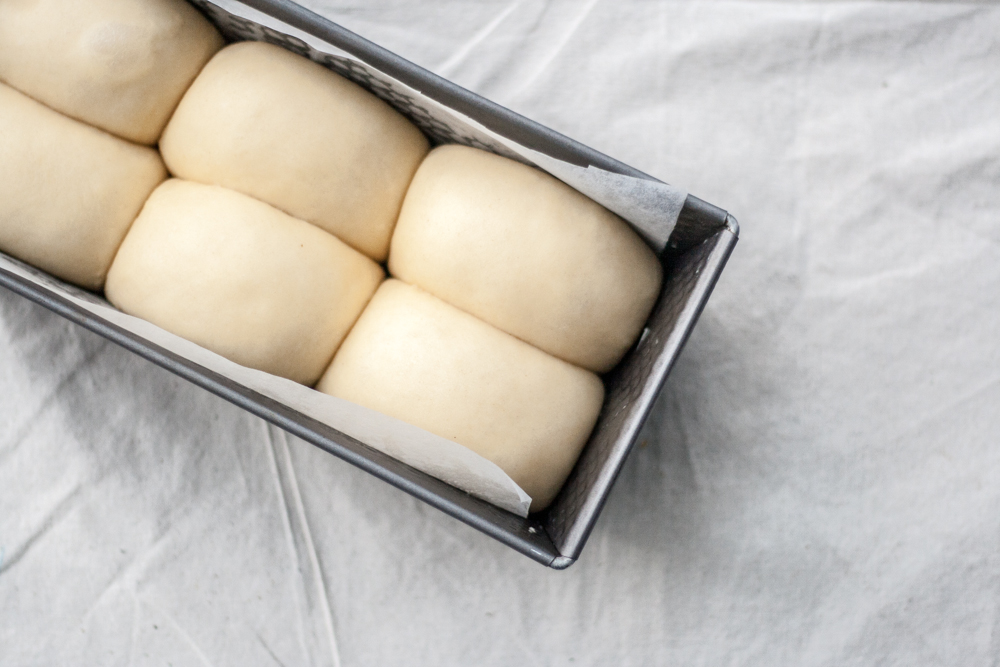 The recipe shown below will make two 500g loaves. I chose, however, to make half a batch, yielding to a single loaf, which is something I’ll carry on doing over the next experiments, as the kneading time of a half-recipe takes longer when done in a stand-mixer; more on that to come in part two: the method (ingredient list, pastry chef tips and techniques on brioche).

I haven’t finished writing about the method and techniques associated with rich doughs, so in the meantime, please refer to this article for detailed instructions on how to make brioche.

The difference in crumb colour on the pictures above is due to lighting (natural versus halogen) as I’ve just gotten an industrial halogen lamp so I would be able to take pictures at night – also known as 2pm here, hehe – and I’m still trying to figure it out.

The crust is very thin and soft. As the loaf cools down, it wrinkles.

The crumb is light and soft, with a slight moistness to it. It’s has a beautiful texture and a lovely chew, almost reminiscent of a doughnut.

This “generic” brioche turned out amazing. I fell in love with its crumb and soft crust. The loaf stayed beautifully soft on the second day too; as we topped it with a thick layer of hjortronsylt [cloudberry jam].
I’ll definitely be making it again and again.

More on a brioche study 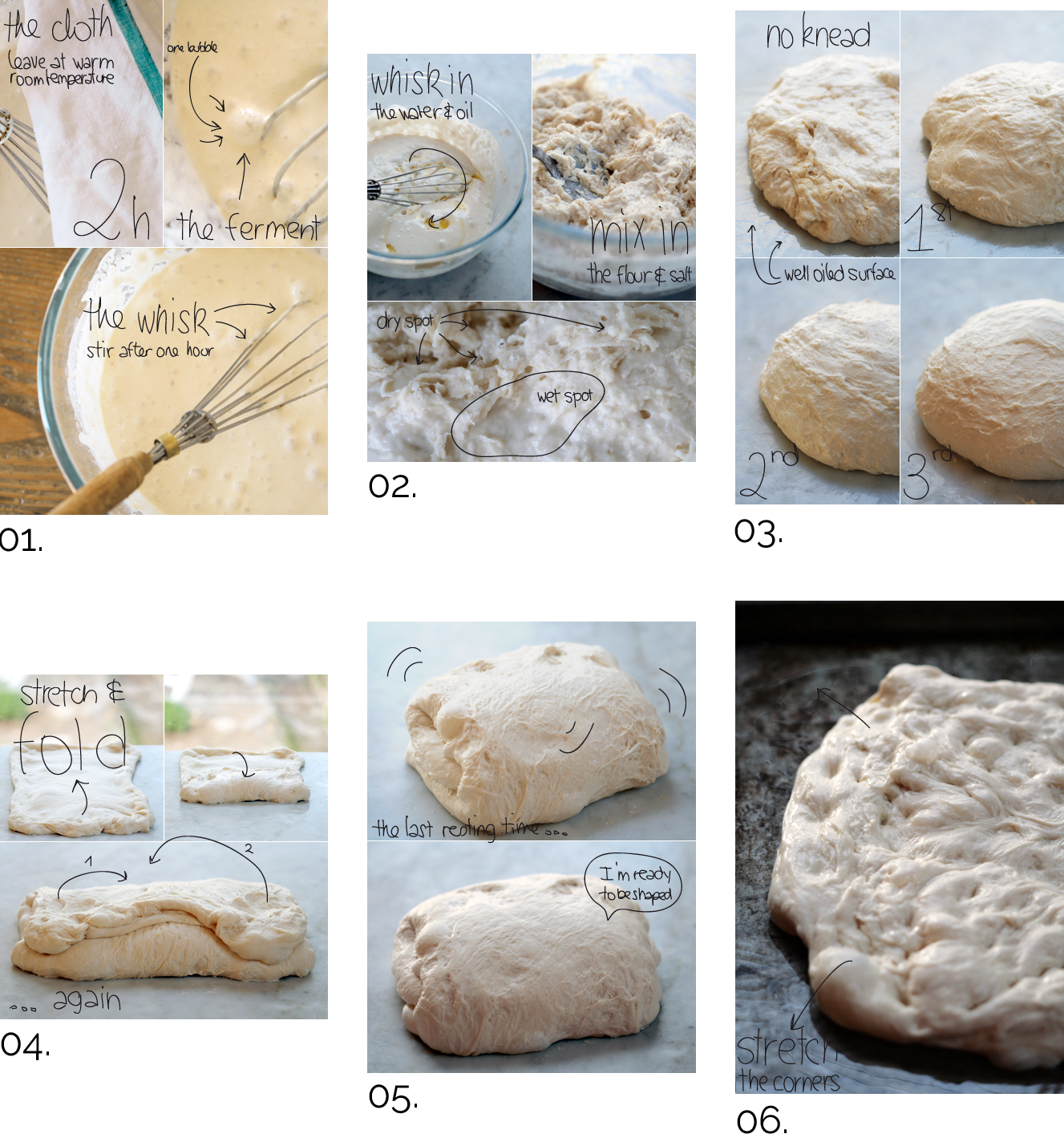 A brioche study, part one: the approach 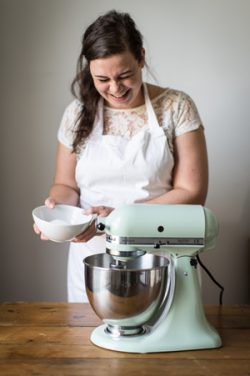 Bonjour! And welcome. Here you'll find recipes and stories that I share from my kitchen in the north of Sweden, just under the polar circle. I hope you'll stick around <3

This painting, which I fell in love with the secon

Lunch. Of the on-repeat kind. A thick slice of ice

18 april. We spotted the first butterfly of the ye

This painting, which I fell in love with the secon

Lunch. Of the on-repeat kind. A thick slice of ice